Eid milad un nabi ṣallā -llāhu ʿalayhī wa-ʾālihī wa-sallam is celebrated on the 12th of Rabi’al-awwal. This day holds a remarkable place in the hearts of Muslims around the world. On this occasion, we recall and highlight His (SAW)’s life as an admirable example for the whole human race with great enthusiasm.

This festival is distinguished to cherish the celebration of our beloved Holy Prophet (PBUH), Aziz Fatimah Medical and Dental College organized a Mehfil-e-Milad-e-Mustafa in the Auditorium on 15th Oct 2021. Medical and Allied health sciences students of the college attended the program along with the Mr. Ijaz and the principal Dr. Noor Akbar Sial and deputy general manager Mr. Aftab Ahmad khan, faculty members and all the staff. The event was arranged by Dr. Farah Amir Ali (HOD physiology) and Dr Farida MAnzur ( HOD Community Medicine) with the team. Students actively took part in Quran recitations, Naats and made speeches highlighting the life of the Prophet. The floor was opened by   Furqan 4th year MBBS student who recited a few verses from the Holy Quran. Afterwards, students enchanted the audience with the way they praised the Prophet (PBUH) in their Naats. 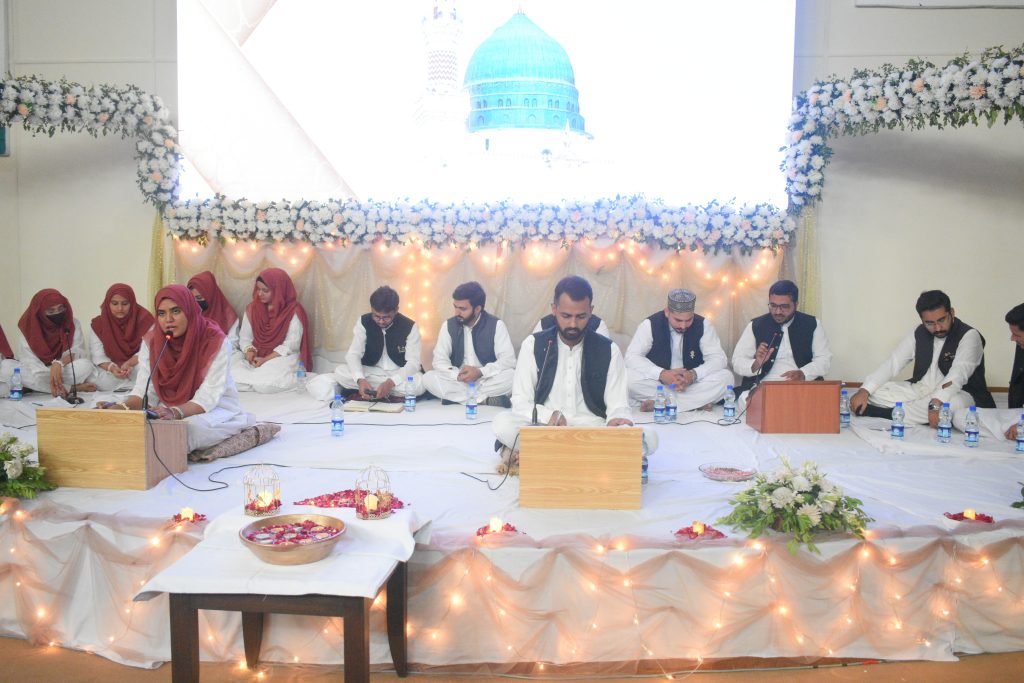 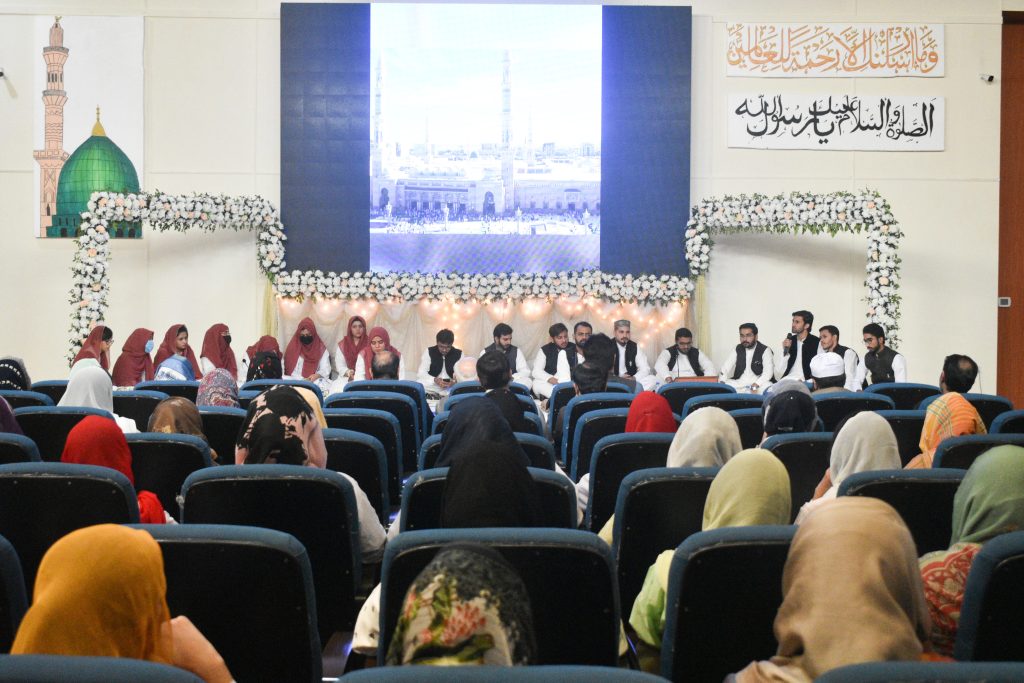 At the end of the event, Mr. Ijaz and Dr. Noor Akbar Sial concluded the Mehfil e Milad by saying that a Muslim cannot claim himself to be a true believer without showing his respect and devotion towards the Prophet (PBUH), as well as along with implementation of Holy principles practiced by Prophet (PBUH). Moreover, they continued saying that the Muslim Ummah can move forward, if hey they follow the teachings of the Prophet (PBUH) in true meanings. They concluded that it was about time that we understand the essence of our religion especially, given how uncertain times are now. On the end note, a heart touching prayer was offered for everyone wishing them all happiness and prosperity in their lives. 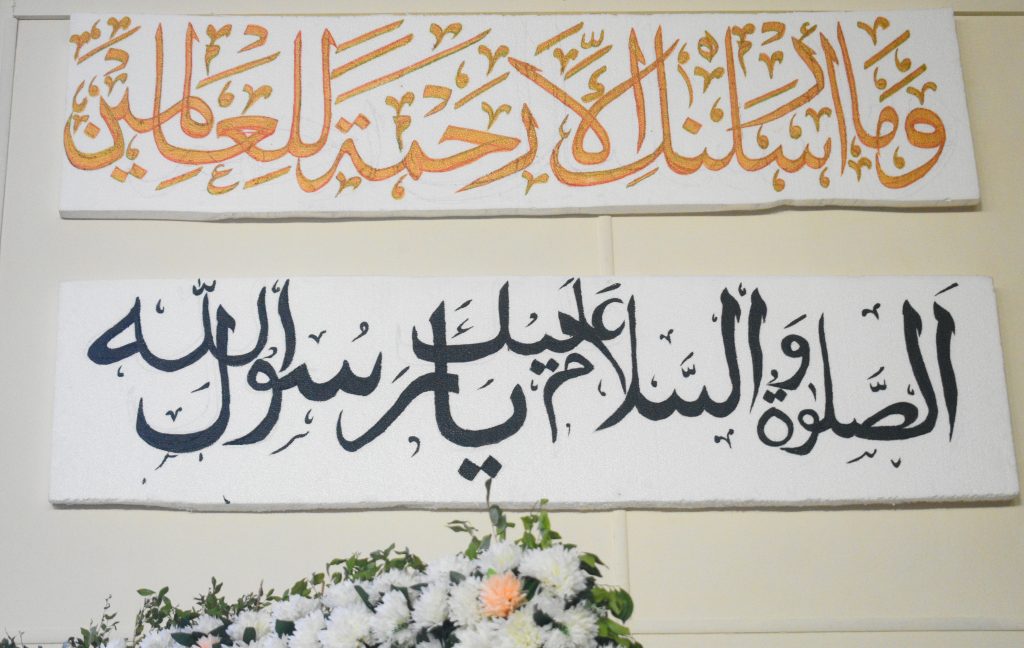 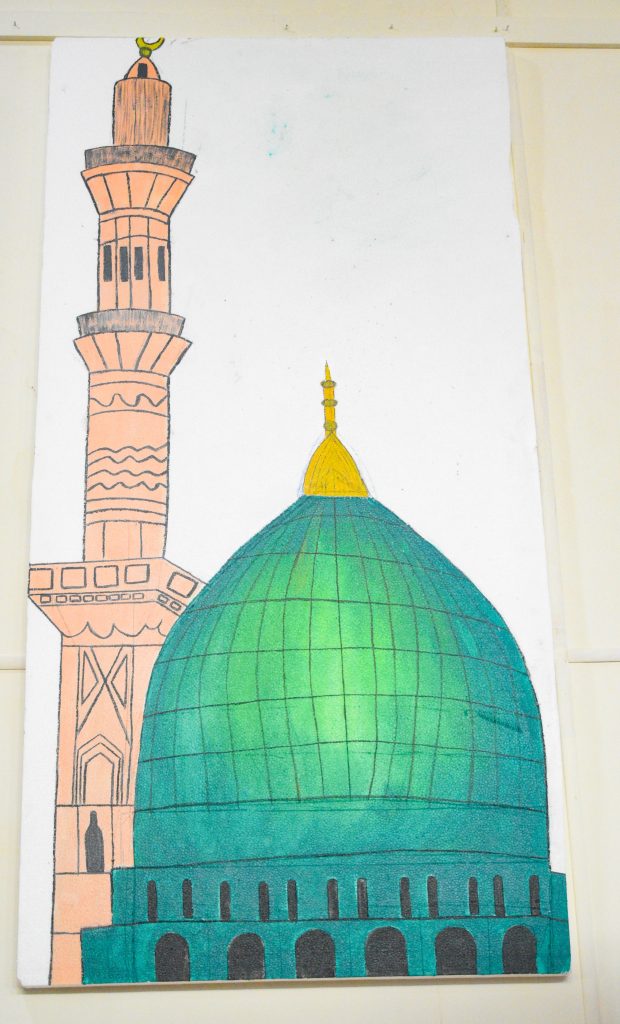 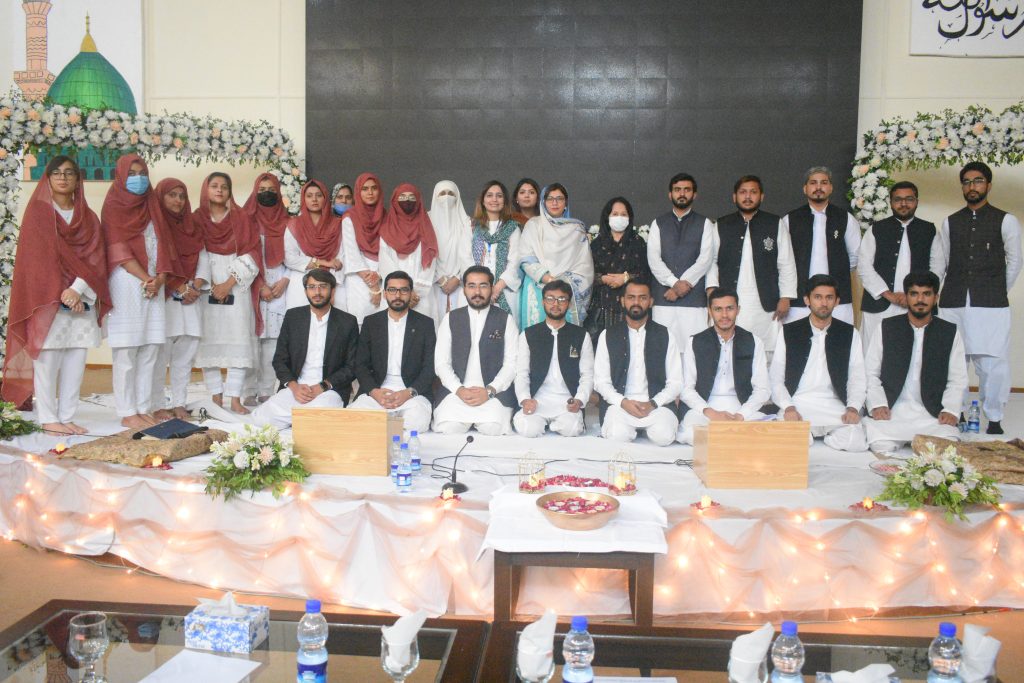 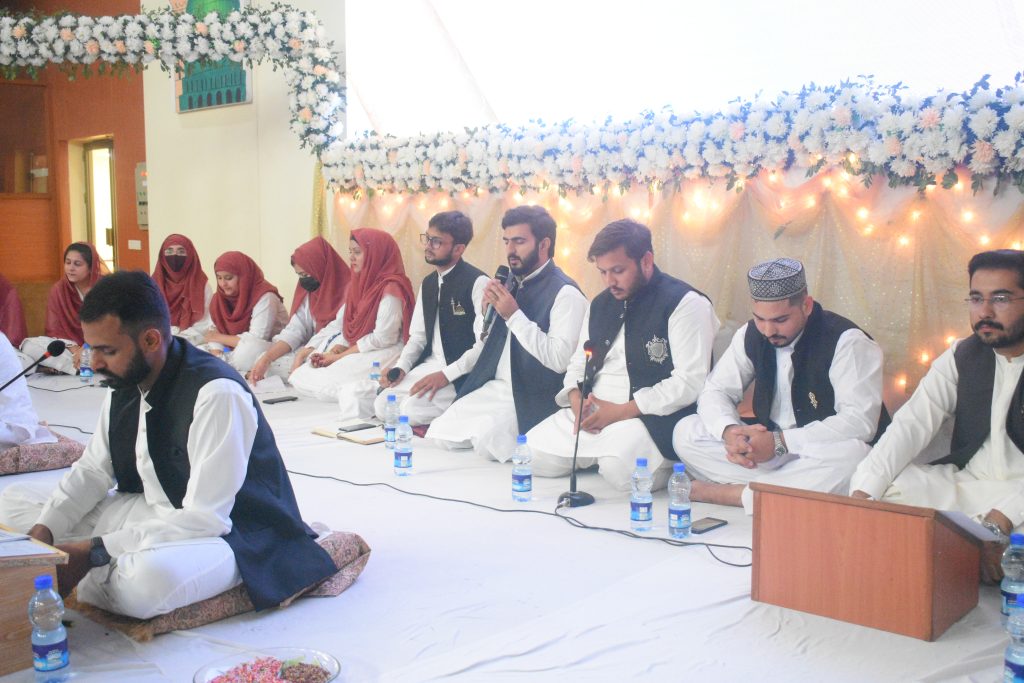 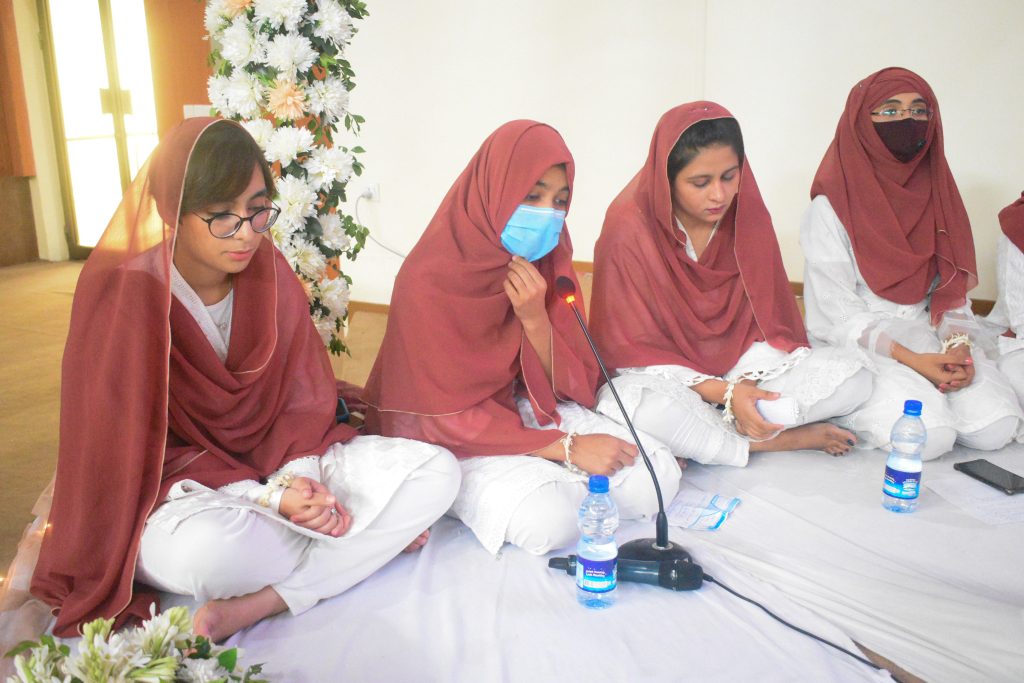 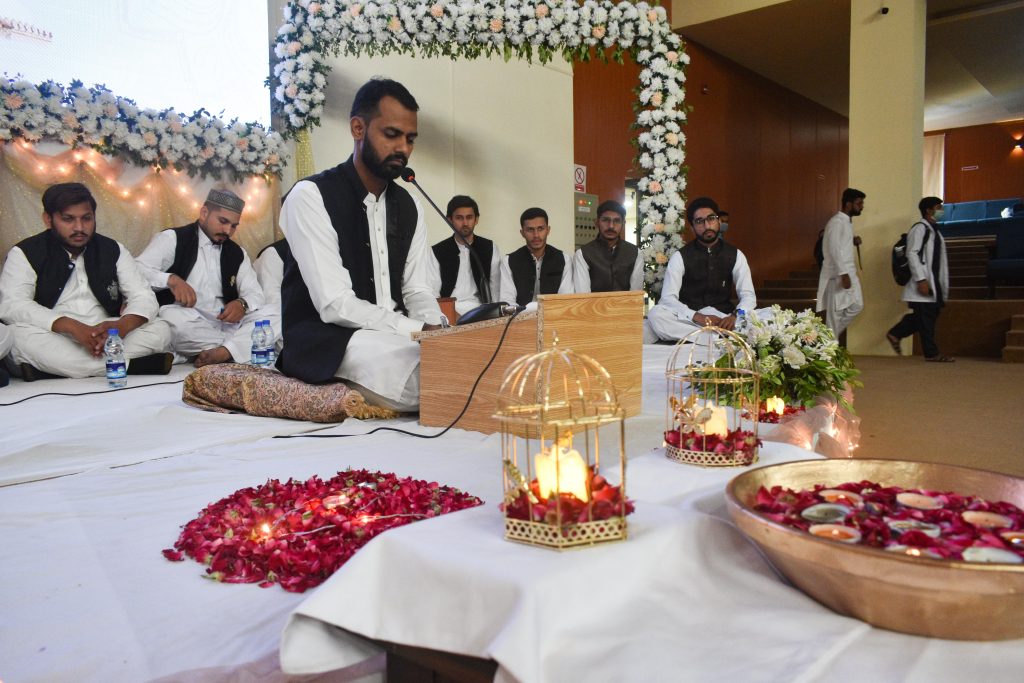 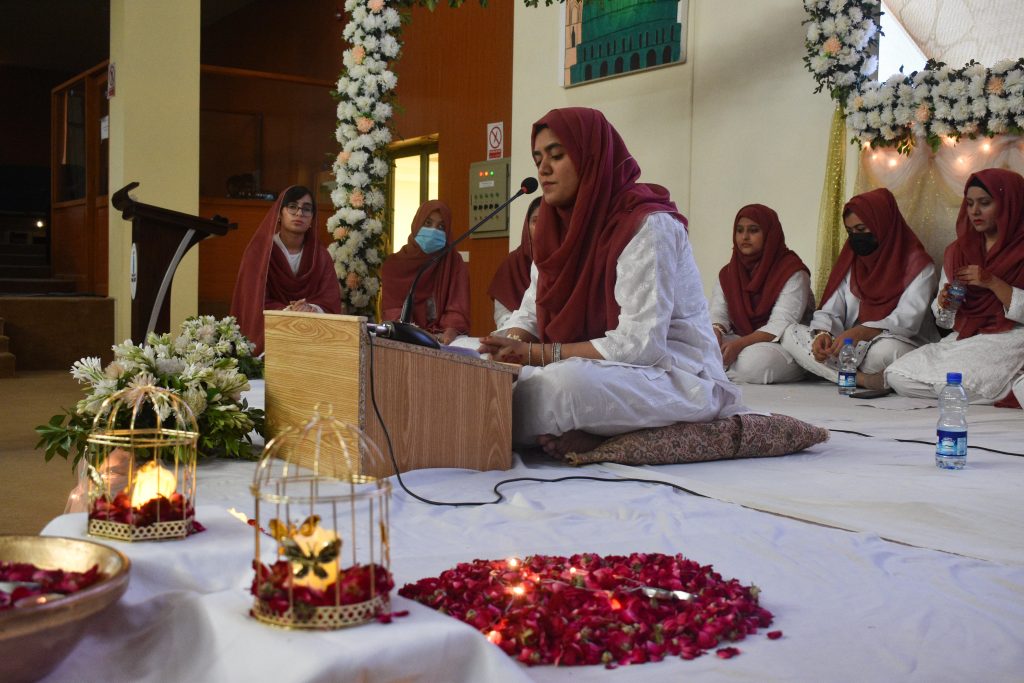